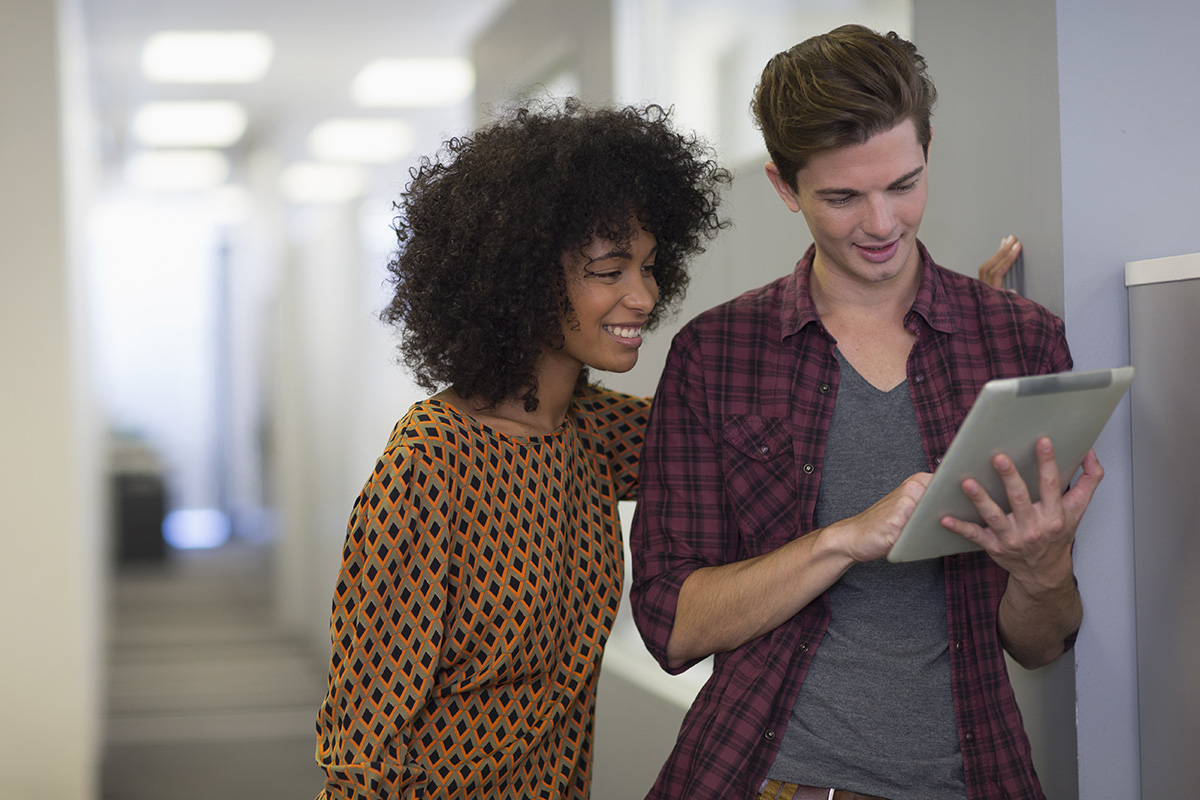 For science fiction fans, those two words conjure up the image of the AI computer HAL in Stanley Kubrick’s film, 2001.

Conversational forms are another way of gathering information from your prospects.

Because they are more, well, ‘conversational,’ they might seem to have more in common with the infamous HAL then we’d like!

Fortunately, conversational forms are nothing more than great tools for your website.

With no dangerous side effects.

Because many people don’t know what a ‘conversational form’ is, I’ve written this article to help separate the fact from the fiction.

Along the way, I’ll reveal ways these forms can benefit your business, too.

What is a conversational form?

The idea is to make a chat between your website and a living person more organic and natural.

Let’s look at the traditional way to gather a prospect’s info.

You could use a webform could gather all the information about your prospect, including:

That’s just the tip of the iceberg of the information you might need to target a prospect.

Having all that information helps you do a better job offering the prospect what she wants.

For example, think about a car dealership’s web form.

What if a woman filled out that web form saying they’re looking for an SUV for their husband and three kids?

You wouldn’t want to suggest a sporty two-seater for her.

Web forms have been the traditional ‘go to’ method for gathering prospect information and using it to follow up with them, either by phone or a series of autoresponders.

Depending on what you need, you might be asking for a lot of information on one web form.

Many prospects become intimidated when they see all those fields.

So, they just leave the page and skip the whole thing.

However, conversational forms are programmed to ask one question at a time.

The user never feels overwhelmed by a barrage of questions.

By having more natural interactions, users will feel more comfortable. Almost as if they’re talking to a real person.

Another thing to remember. People often don’t feel comfortable giving their personal information to a machine.

Because of that (and fear of data breaches), web forms often go unfinished.

With conversational forms, an easy-going relaxed interaction can help ease a customer’s nerves.

The result? Your users will feel much more comfortable using them and your forms’ completion rates will rise.

How do Conversational Forms Work?

When done correctly, the conversational forms are set up to look and feel like a chat with a real person on Messenger.

From a customer service perspective, this represents massive possibilities.

Many people are already comfortable using Messenger to talk to their friends or relatives.

This means you don’t have to teach your clients and prospects a new skill.

You may remember trying to teach your grandmother how to use their smart phone.

I can still remember going to my grandparents’ house as a kid and seeing the “12:00” blinking on their VCR.

My poor grandparents hadn’t figured out how to set their clock on the darned thing.

What are Some Business Uses for Conversational Forms?

Many people find traditional job interview forms too complicated. A job application conversational form can streamline the experience for you AND applicants.

In recent years, companies have been trying to reduce the number of questions they asked in surveys.

Since the average person’s attention span is getting shorter, it seems like a smart decision.

Does your company offer products or services with that need registering?
Whether for warranties or some other purpose, a conversational form can increase compliance rates for registration.

If you’re an entertainer, event planner, caterer, or another business involved with live events, conversational forms have the potential to make your life much easier.

You’ll be able to gather important data quickly and easily to find out if the event is a good ‘fit’ for what you offer.

What do the letters “UX” mean to you?

If you’re savvy and have been keeping up with trends, you know that UX is a shortened way to say “user experience.”

Unfamiliar with the term? Just accept that it’s going to get more important every year.

Here’s just a few more ways these forms can help improve the UX experience for your users:

Has this happened to you?  You finish completing a long web form and you click submit.

Then you see a message in red letters that you messed up somewhere. Grrr!

Conversational forms are very intuitive and will catch any mistakes your users make long before the end.

As a result, users won’t feel that frustration!

Here’s a familiar experience. You’re on a site that wants to make sure you’re not a bot. What happens?

You have to re-type a sequence of letters and numbers into a field.

Trouble is, the picture of the letters and forms sometimes looks like a pile of spaghetti that’s cooked too long.

In the past, if the user enters something wrong, they get barked at by the computer.

For instance, after typing in “hg7$!K0,” you might be told, “You can only enter numbers.”

What if your conversational form instead responded with, “Sorry, I’ll need you to enter only numbers, okay?” Much better!

If conversational forms sound like something that will benefit your business, we’d love to talk to you about it.

Connect with us below and we can get started!

There’s no obligation. Just a friendly…chat. 🙂

Tell Me More About Email Marketing