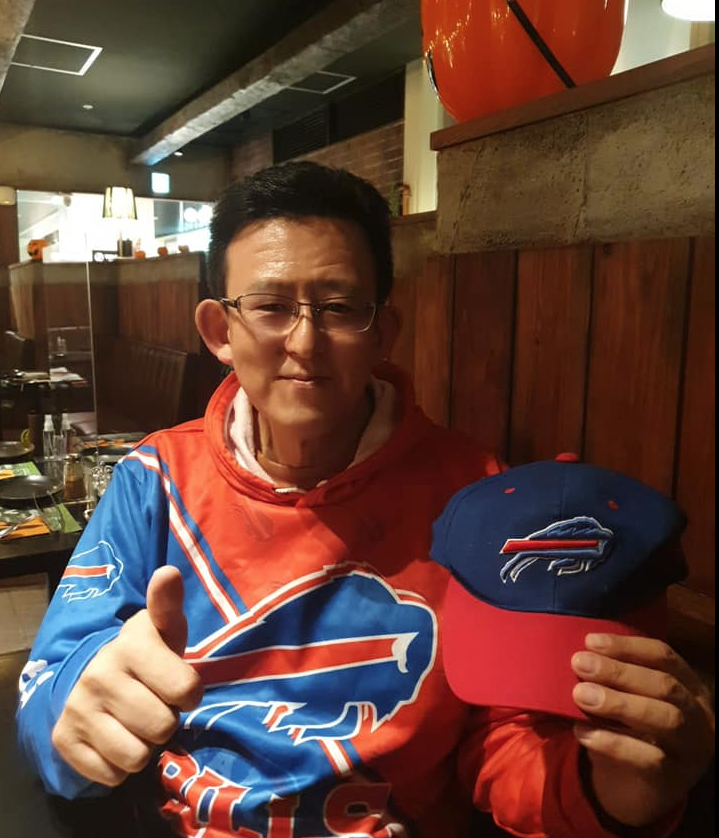 “I have been loving football and baseball since I was a student, and my best favorite pro baseball team was Kintetsu Buffaloes (Japanese pro team, which Hideo Nomo was belonged before he debuted MLB Dodgers in 1995, and disappeared in 2004 by merger). And furthermore, the team was very strong but never reached the Japanese pro baseball champion every season!So my Bills fan starting point was that the team name was so close (which contains “Buffalo”!) and the both team’s situation was also very similar(top notch team, but have never reached the top by a narrow margin!)”